We are open for your eye care needs.

​To keep our patients and staff safe, here are our current Covid-19 protocols.
Call us at (360) 574-6030 to book an appointment.
Please continue to stay safe and healthy, we can’t wait to SEE you all!

Meet the experienced and friendly doctors who make Salmon Creek Vision Center the leading provider of vision care products and services in Vancouver. 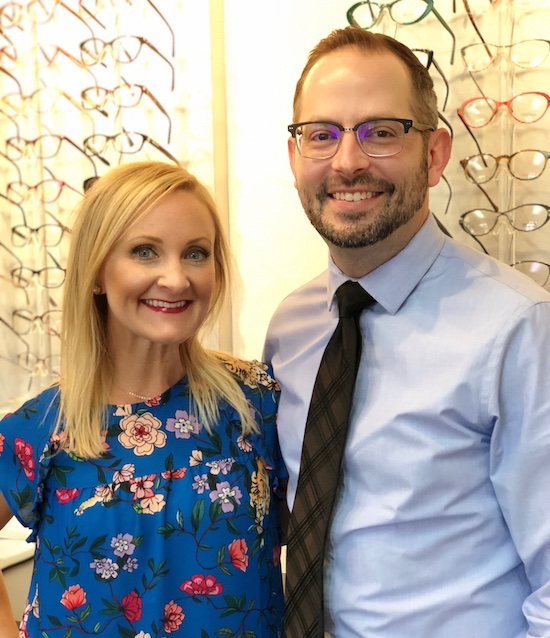 Dr’s. Waldo and Scofield have been married since 2007 and had been living in Williamstown, West Virginia. In August of 2008, they packed up all of their belongings and moved across the country on a week-long tour of America. Dr. Scofield, being from the northwest, was excited to be closer to her family and Dr. Waldo, having lived his entire life on the east coast, was looking forward to the new adventure. Since September of 2008, Dr’s. Waldo and Scofield have enjoyed providing exceptional eye care at Salmon Creek Vision Center.

Dr. Benjamin Waldo graduated in 2004 from Southern College of Optometry in Memphis, TN. He completed clinical rotations at the Colorado Optometric Center in Denver, CO, and at the Buckhannon Eye Clinic, in Buckhannon, WV. Dr. Waldo was born and raised in Buckhannon, WV, and received his Bachelor of Arts from West Virginia University. He is a member of the American Optometric Association, the Optometric Physicians of Washington, and the Vancouver Chamber of Commerce. He enjoys golfing and following college football (Go Mountaineers!).

Dr. Janna Scofield graduated with high honors in 2006 from Southern College of Optometry in Memphis, TN. She completed clinical rotations at the National Naval Medical Center in Bethesda, MD, and at Buckhannon Eye Clinic, in Buckhannon, WV. She was awarded the Top Clinician award for the class of 2006. Dr. Scofield is originally from Port Orchard, WA, and received her Bachelor of Science from the University of Washington. She is also a member of the American Optometric Association, the Optometric Physicians of Washington, and the Vancouver Chamber of Commerce. She enjoys golfing, traveling, and spending time with her friends and family.

You can schedule your next eye exam with us online!

Leave Us a Review

Please take a moment and let us know how your experience was.